A Trip To Sindhupalchowk 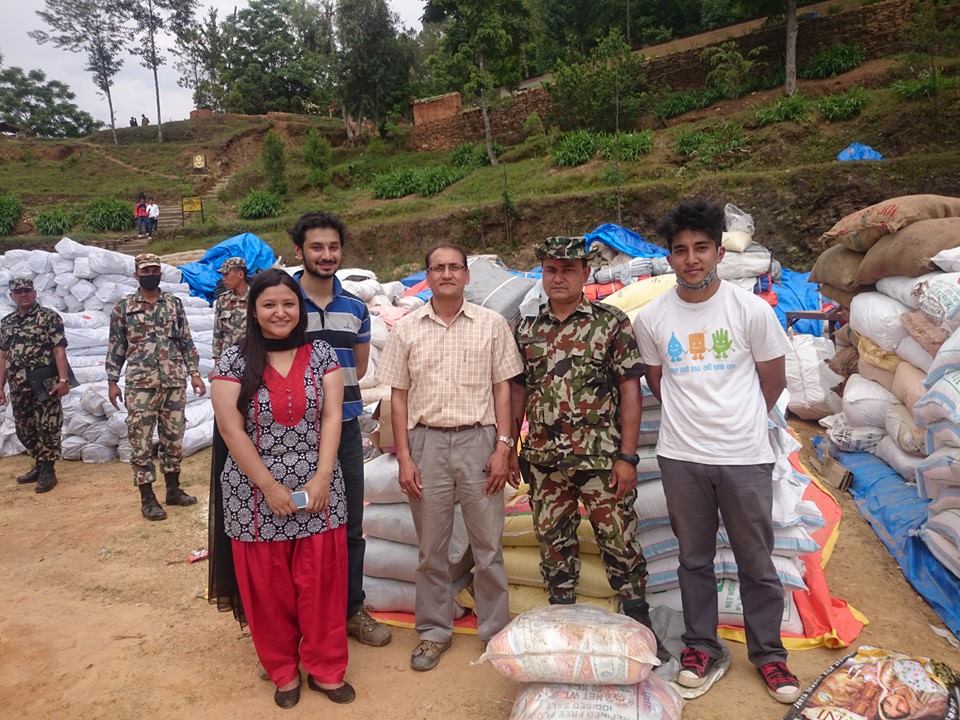 This was written by Dr. Angela Shrestha from Kathamandu, Nepal

I guess some of us before the earthquake thought our life was heading in no direction at all, thought some people have too much comfort and some none. I for one used to pity myself; the perfect example of someone who sees the grass as always greener on the other side, but things changed… And no it was not on the day of earthquake… I don’t say all, but most people of Kathmandu were shaken by the tremors, telling everyone that they had a difficult time, staying in tents for 3 days in a row with only dry foods to eat and spending the days chatting away talking about how our government always lagged when things needed to be done, I was one of them. But then I took this trip. It was all fun at the start. I thought we had brought so much stuff and that the people would be very lucky once we gave the relief goods to them. But then we entered the place and began seeing remnants of what was once a city, rubble and dust now summed up the entire place. And suddenly I felt guilty, here people were searching for their next meal not complaining about dry foods but frantically begging for a tent as they saw the clouds covering the sky. And no, people were not crying, on the contrary they had a brave face; one I did not see in any of the people in Kathmandu. These people were working together to rebuild their homes – not waiting for the damn government to finally come. I then had an epiphany; that the life I had was so much easier, that i was so rich, I still have my family, I have roof on and, yes, I have those wai wai noodles to eat and friends to call if I need help.
I’m only echoing what everyone involved in this project felt and yes when we finally gave the relief goods to the army personnel they made us feel at home and made us realize that every little contribution was essential in building this small city with huge heart. At the end of the day when we left we felt that even though it was an ant step towards building a new Nepal we at least got out of our lazy couches and did something that we were proud of.
Thank you PROJECT FOR A VILLAGE and everyone who was involved in this relief effort, it could never have been done without your time, desire and heart. 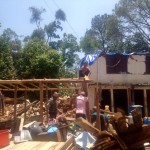 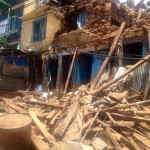 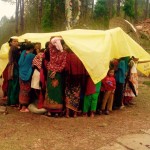 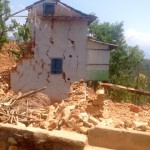 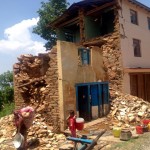