Fil & a Pair of Boots 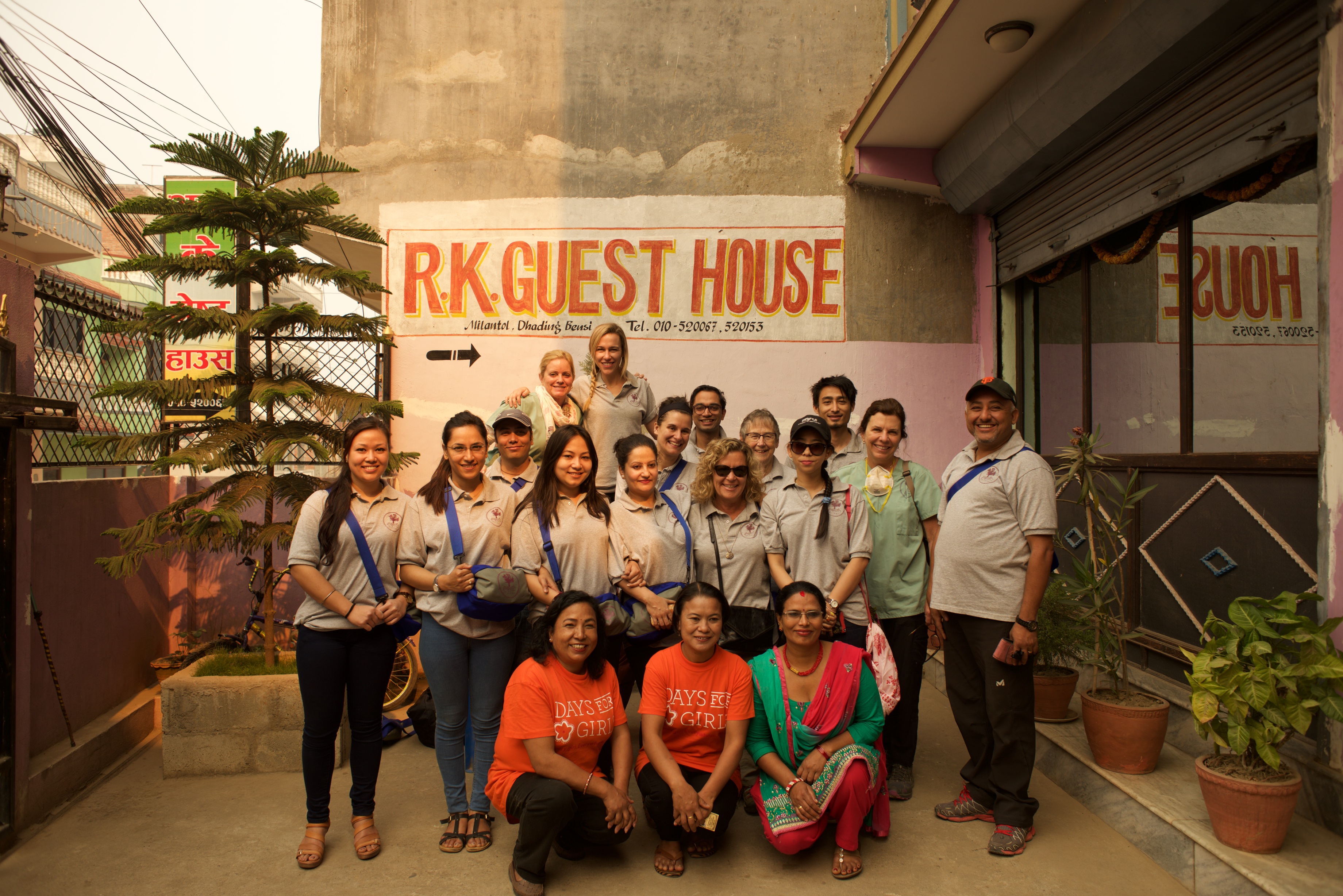 On a hot, dry day this April, we put on our  boots, loaded Fil, my rucksack, with water and necessities, and trudged up the mountain in the Dhading district of Nepal to a school in Manarupee to conduct one of our health camps.

Project for a Village, in association with Medical Mercy Canada, assembled a team of Canadian, American, and Nepali health professionals who came together in Dhading Besi, loaded up two jeeps with supplies and headed up the mountain.  The dust and congestion from fires kept the snowy Himalayan peaks hidden from view, but the beauty of the hills was awe striking nevertheless.  Through 6 inches of dirt, roads that were too narrow for even one vehicle, crevices and holes that jarred every part of our bodies, precipices to whose edge we often came frighteningly close, we rode.  Up and up.  “In Nepal one can always go higher up the mountain,” the driver told us.  So drenched in sweat, we continued.  Up and up the mountain.

The school in Manarupee,  which served as our base of operation, had been severely damaged by the Great Earthquake of Baisakh 12, 2072 (April 25, 2015), but it would have to do.  We commandeered three rooms, turned one into a gyn room, another into a pharmacy, and one into a vitamin distribution center and pediatrics exam room.  We went to work.  After three days of going up our “Indiana Jones Ride” in the morning and down to base camp in the evening, we had seen  233 patients, had performed 91 pap smears, and had instructed 108 female patients on sexual and menstrual hygiene and safety.  We delivered one year’s worth of multivitamins or prenatal vitamins to every patient, administered vitamin A and deworming pills to those who needed them, and treated various infections and dermatologic problems.  Young children were measured and weighed for follow up in the coming years.  Two young female patients were identified by the staff as severely traumatized and were critically helped by my wife Kathy and Elsie James of Medical Mercy Canada.  The younger one was sent to Kathmandu for further treatment and the older one referred to Dhading Besi for family counseling.

Next stop, the village of Rupakot, Tanahun in the Lamjung Valley where along with Dela and Subeen, our Nepali translators turned optometrists, we delivered over 200 pairs of reading glasses to the villagers.  It was easy to read the expression of “Whoa” on their face when they saw the fine print in a newspaper.

Exhausted and with dirty boots, but extremely satisfied, the team debriefed over Ghorka beers, masala tea, and momos before disbanding.  With lessons learned & hearts content we promised to do it again next year.

Thank you and cheers to our Nepali doctors, Bipin, Sabita, Keny, Aayushma, and Niga, Marcie our Canadian superstar, the incredible Elsie and Ramesh of Medical Mercy Canada, Shree, our man in Nepal, Dela, our TEJ coordinator, Subeen, pharmacy tech/optometrist, the teachers, staff, and members of the VDC in Manarupee, and to our American team, Kathy, Pam, Fran, and Cheryl.  Thank you all for helping us bring women out of the shadows.