Hello, PFAV friends and family! This is Kathy. After more than two weeks abroad, our group of volunteers has returned safe and sound to the United States. I cannot believe this was our tenth trip to Nepal and PFAV’s sixth health camp! We were so blessed to have a fantastic group of American volunteers and Nepali health workers to help at the camp this year. I think we are finally getting the hang of health camps. 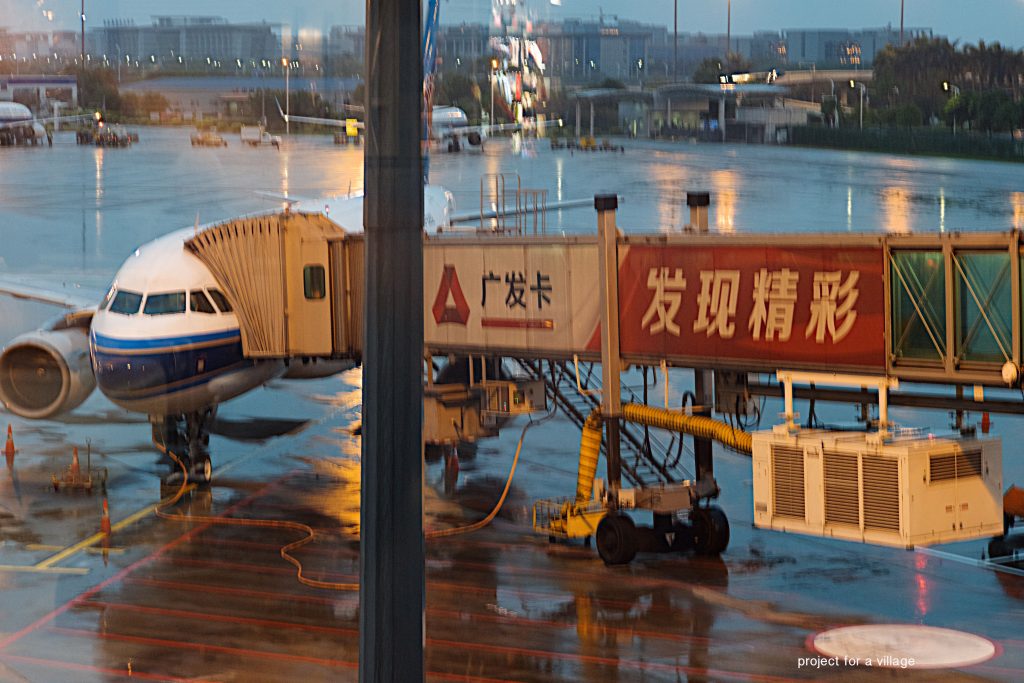 Leaving Guangzhou, China on our way to Kathmandu 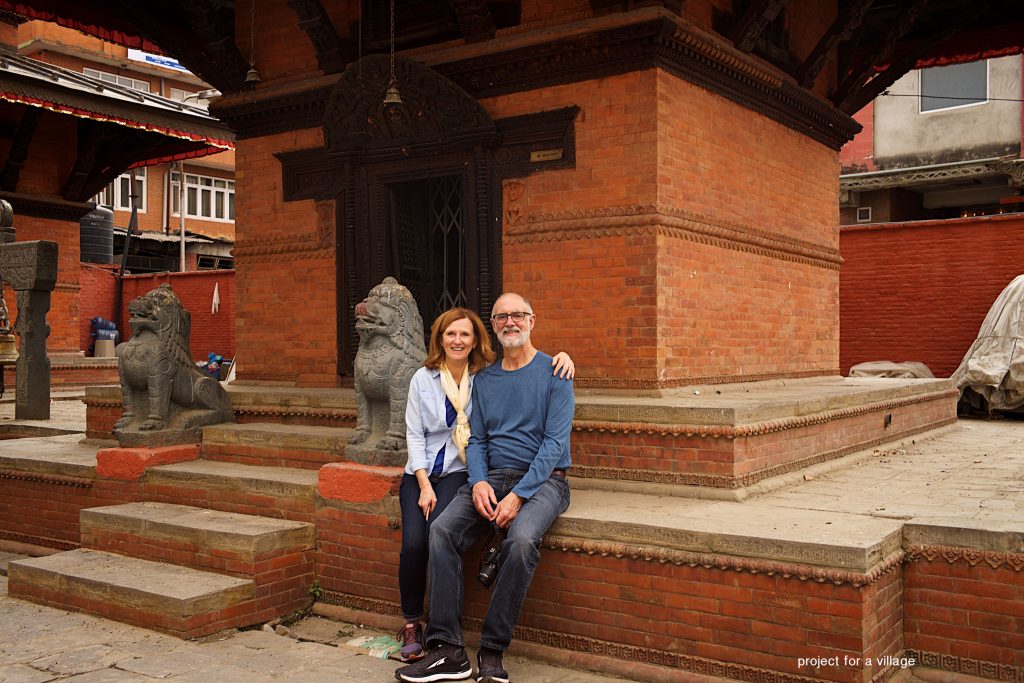 Mike and Blair Blunda on their first afternoon in Kathmandu, Nepal

We arrived at noon on Thursday, and soon we were out on the streets. This gave first-timers Mike and Blair the opportunity to learn how to cross the street “the Nepali way” and navigate through the chaos of Kathmandu. The five of us – Rene, Kathy, Fran, Mike, and Blair – had planned to spend our first week in Nepal visiting projects in Dhading and Rupakot, including a home stay and dinner party with the villagers. 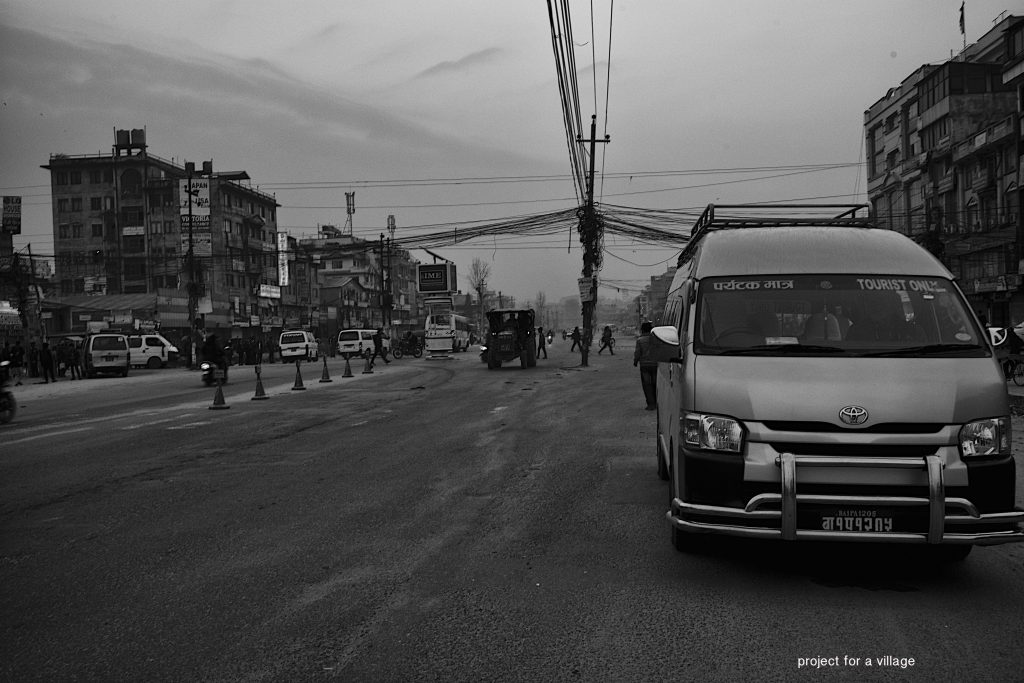 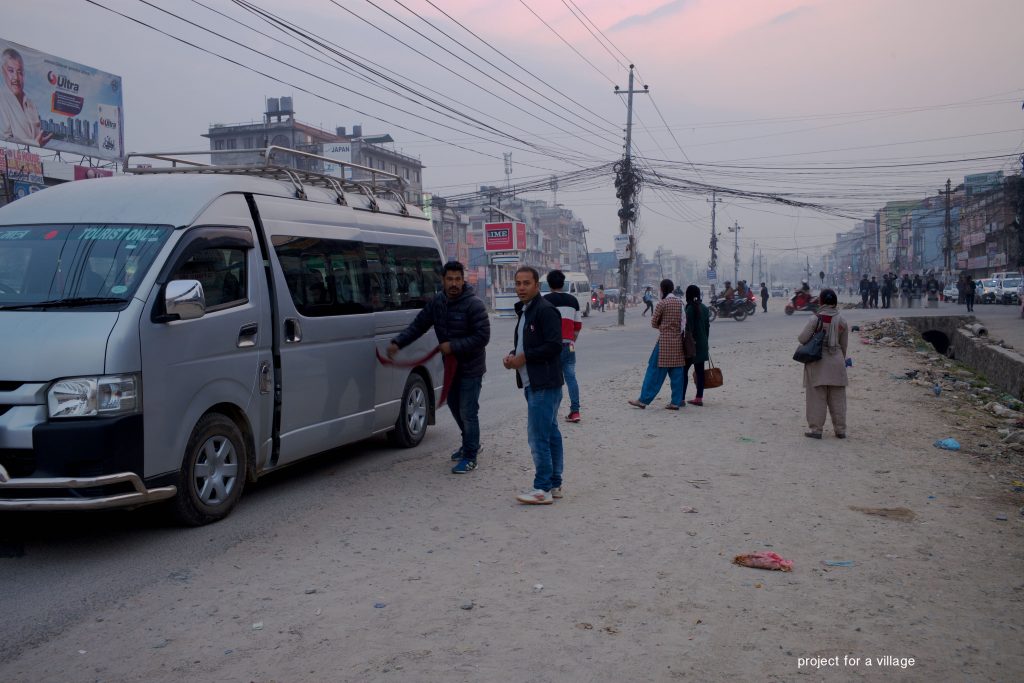 The early morning fog was beginning to lift as we headed out of Kathmandu on our way to Dhading Besi and Rupakot. In Dhading, we had a short visit to the Days for Girls Micro-enterprise that PFAV helped found. We picked up 100 menstrual hygiene kits to distribute in Rupakot the following day. After six hours of winding, bumpy roads, we finally made it to the river in Sundar Bazar. At the risk of ruining the bottom of his van, our driver reluctantly drove through the village and across the river to our waiting friends, where we were greeted with tika and malas. 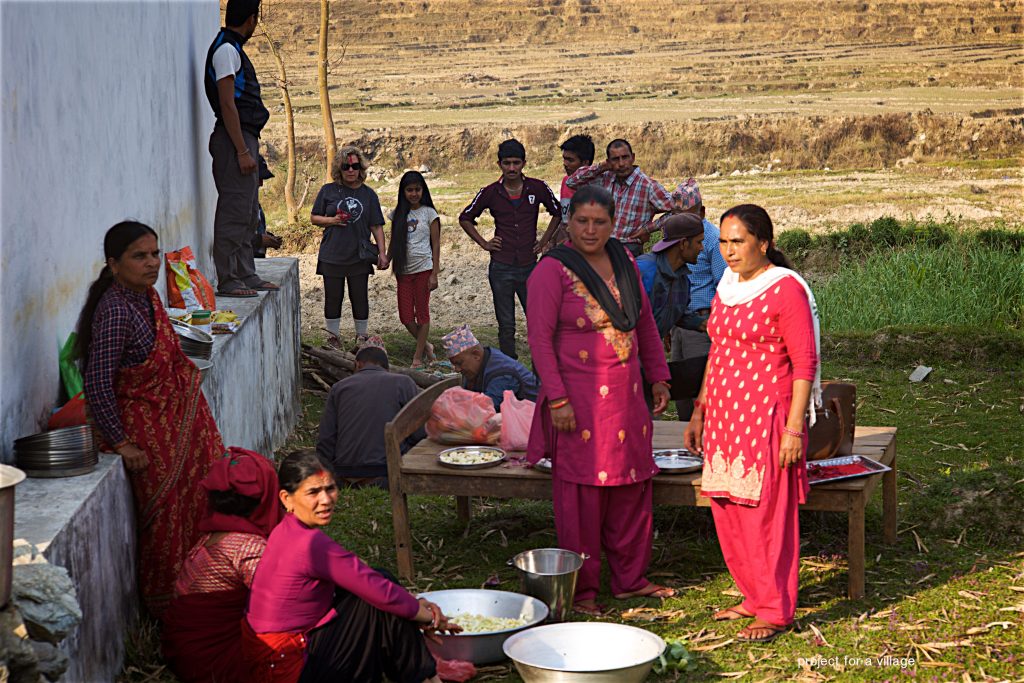 This is how to cook outside in Nepal 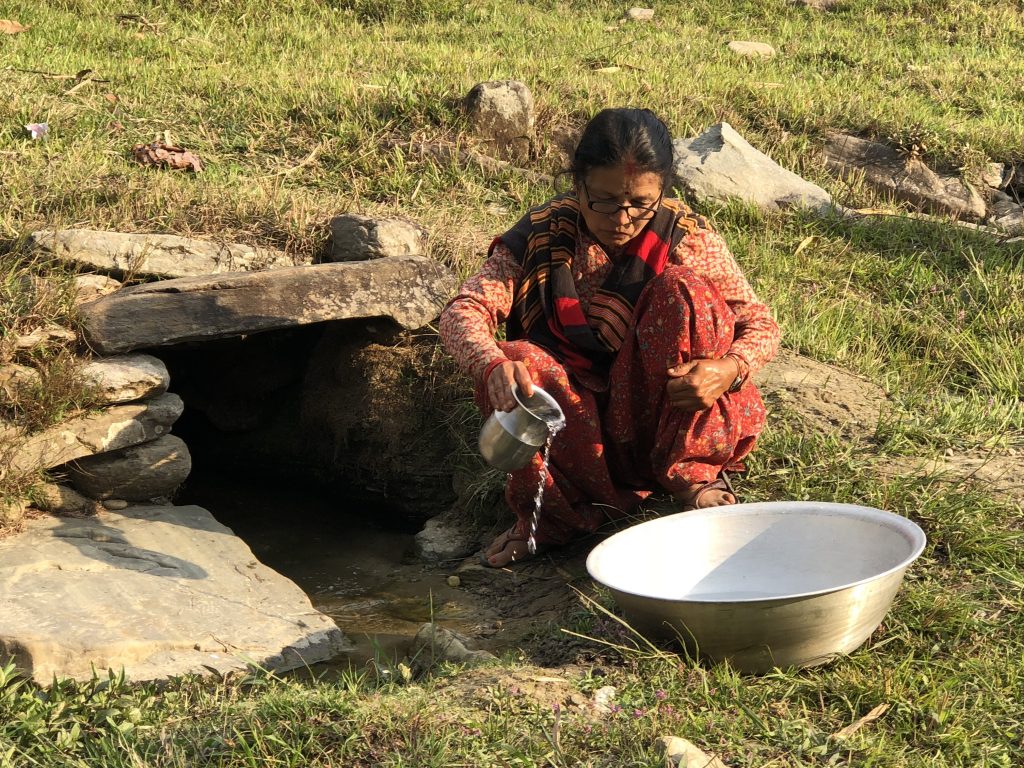 We watched as the villagers prepared a dinner of mutton, rice, and curried vegetables under the starlit sky. The power was out! Unfortunately, we have grown accustomed to this in Nepal. The children had prepared a dancing program, but without power they didn’t have music. What to do? Some of the local men started playing instruments, and soon everyone was singing and dancing. For our friends from America, it would be their first night spent in a small village in rural Nepal, and the experience did not disappoint. The children serenaded us to sleep, and we woke in the night to the sounds of mice scurrying through our rooms. I am sure they smelled the peanut butter sandwiches I was still carrying with me from home.

My favorite time in Rupakot and in all of Nepal is the early morning. As soon as the first traces of light begin to peep through the curtains, the sounds of the waking village begin. First it is a rooster crowing; next, a dog barking or a tractor heading down the dirt road. The women begin to gather at the well to collect water; others bathe in the cool morning mist. Once the sun begins to rise, the mountains come out to greet us while we sip masala tea on our host family’s rooftop. Soon the local temple priest begins chanting, and the women receive their blessings to bring home to their families for the day. 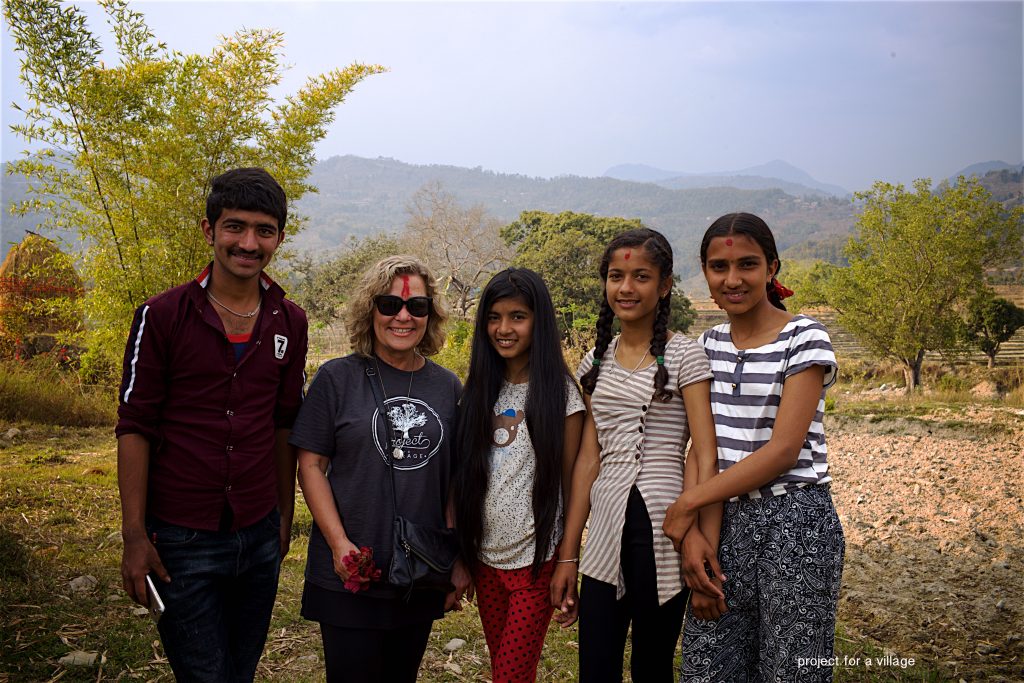 Saturday in Rupakot was spent with Dr. Mike Blunda and Dr. Rene Perez-Silva holding a mini heart clinic at the ambulance garage in Rupakot. With the help of Kripa Poudel, who translated, they were able to see more than 50 patients in a short three hours. During this time, Tara from the Days for Girls Micro-enterprise in Dhading held two menstrual hygiene and health classes for 100 girls and women and distributed the kits to everyone who attended. Fran, who continues to fund the computer lab, was able to see the computer classes in action and spend some time with their teacher. After a snack of roti and fruit, the Blundas and Perez-Silvas headed off to Pokhara for the next two days. Fran remained in Rupakot to spend time with her friends. 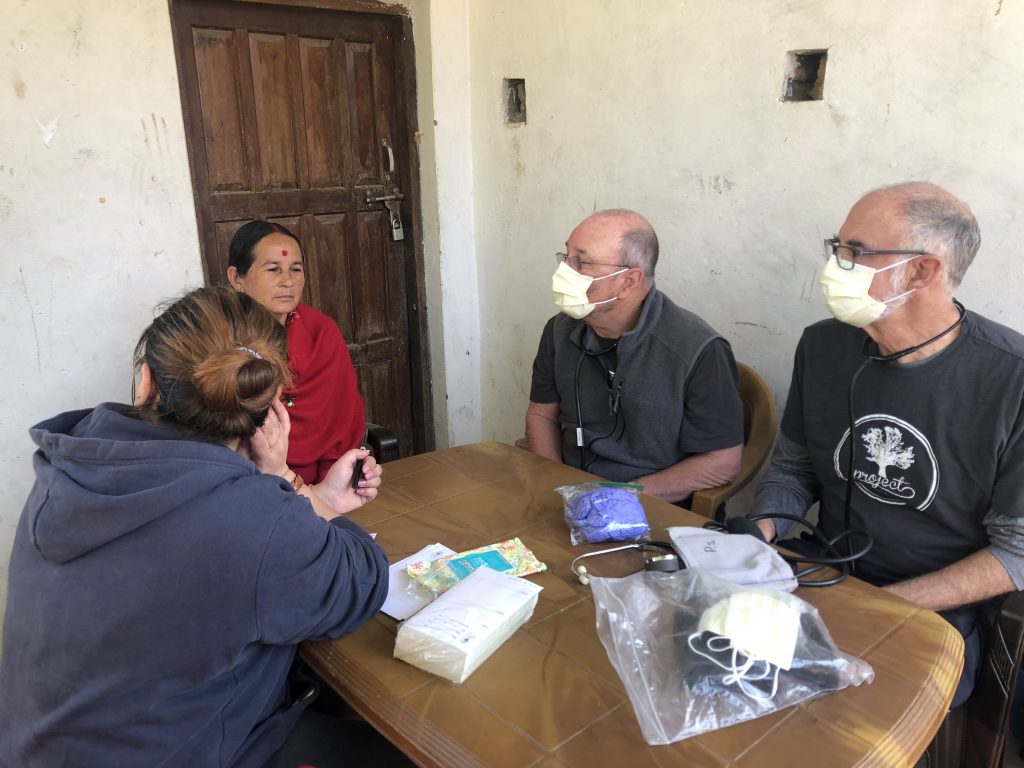 Dr.s Mike and Rene in Rupakot 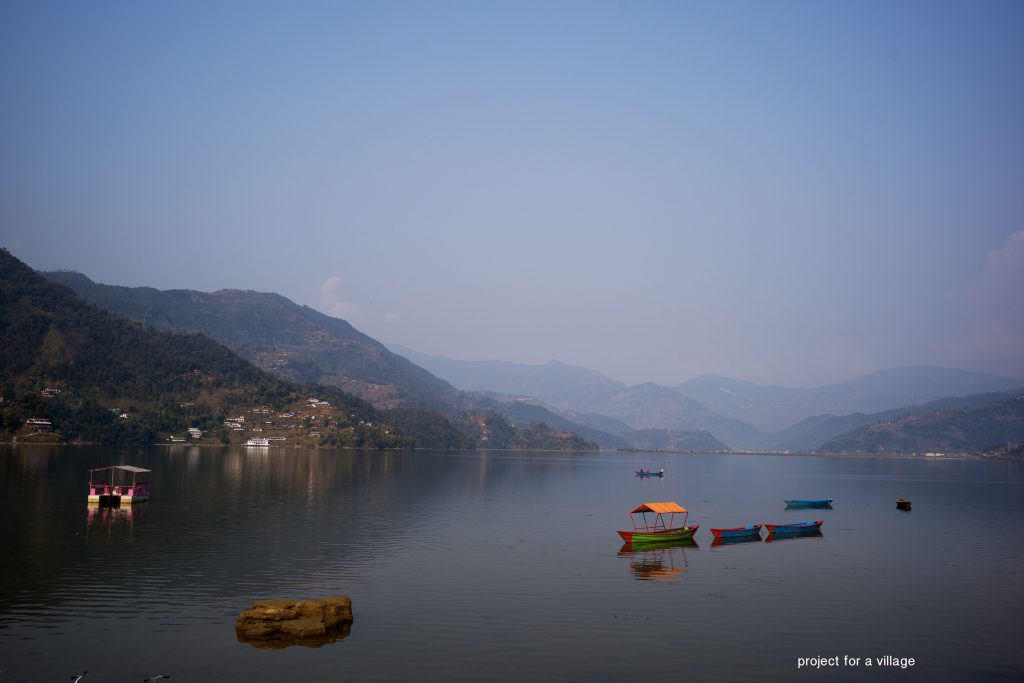 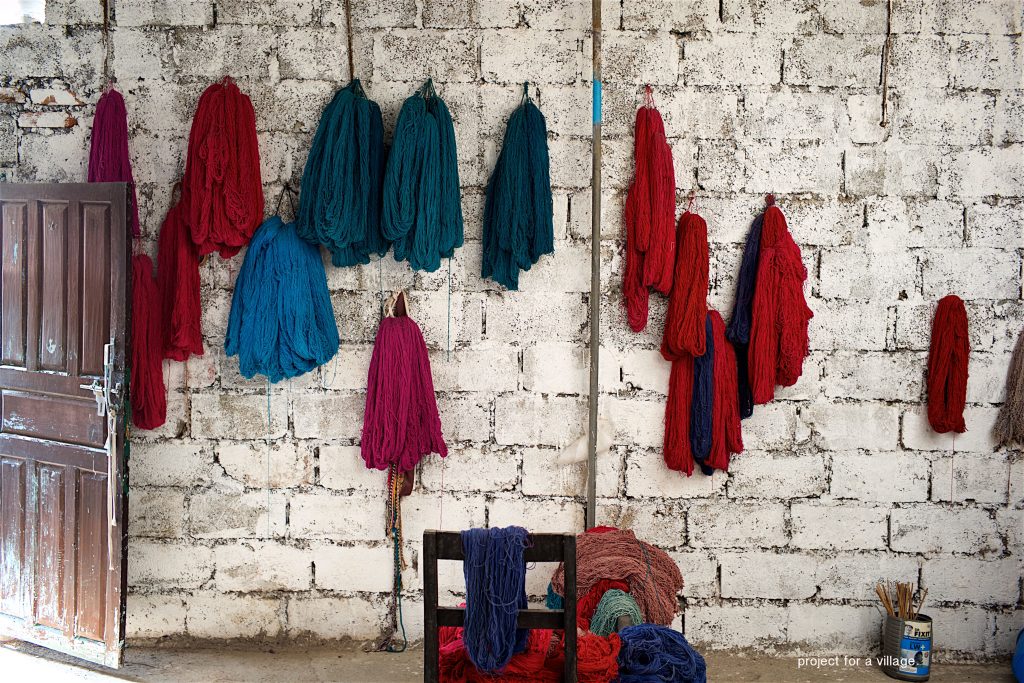 Not long after our flight arrived from Pokhara into the Kathmandu airport, I received a call from a friend who wanted to make sure we had arrived. 30 minutes after our plane landed, a plane coming from Dhaka, Bangladesh crashed shortly after landing, killing 50 people on board. That was a chilling reminder that nothing should be taken for granted in Nepal.

We spent the next three days sightseeing, preparing for the camp, and visiting friends in Kathmandu. Our second group of volunteers would arrive a few days later, before our big health camp in Chautara. Stay tuned for more blog posts and photos from our camp and PFAV’s excursion to Bhutan! 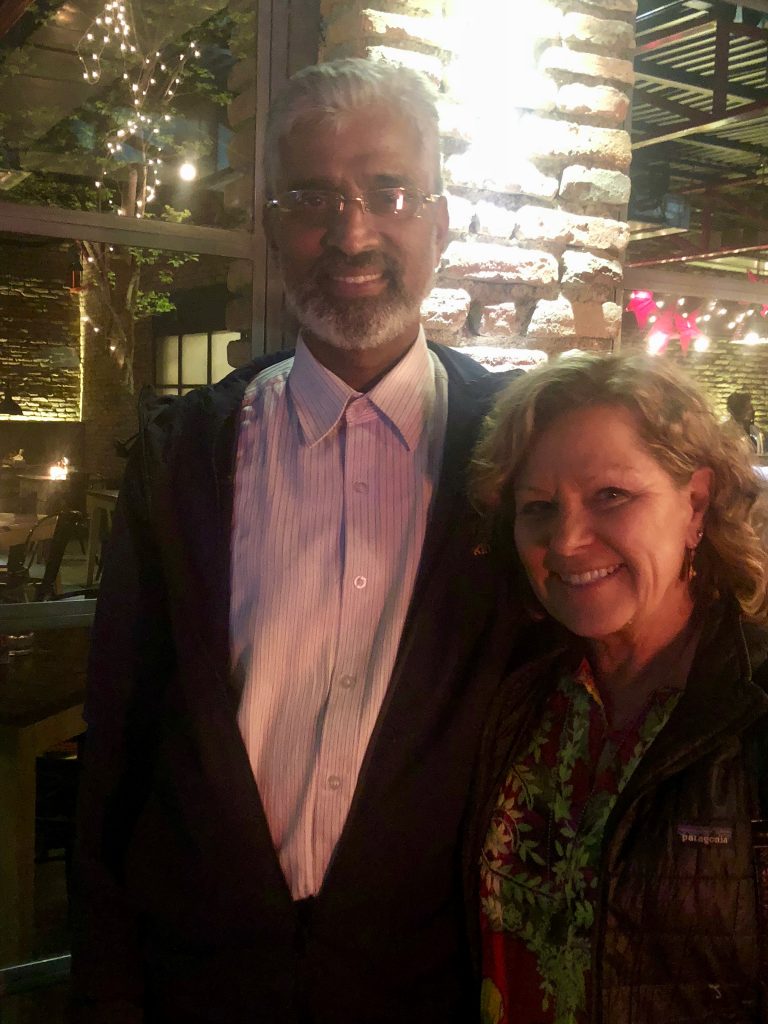