Reflections On Nepal, One Year Later. 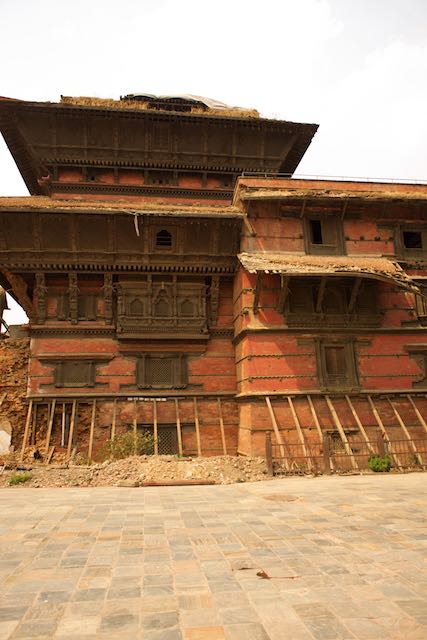 It’s been one year since the earthquake shook the mountains, the walls, and the people of Nepal. In many expected ways, everything has changed, but in many ways, nothing has changed at all.

For years, Nepal has been kept a secret from much of the world. Many travelers and trekkers feel a pride from having been there, having visited this exotic and untouched paradise that has been removed from the hands of humanity and modernity. We have wanted to keep this place locked up somewhere, hidden in a box to which only a few of us knew the combination. Nepal was a secret wonderland, and it was ours, and the rest of the world was speeding past.  The same way we feel an ownership when a favorite band first makes the charts,  with Nepal, we were there before the world discovered this magical land.

Of course we all know that we were not the first to visit Nepal. Nepal has a deep and rich history, and a culture that is so diverse and astounding that it counts the birthplace of Buddha and the home of the tallest mountain in the world as two of its greatest claims.  But despite its history and the widespread knowledge of Buddhism and Mount Everest, many of my own friends couldn’t locate Nepal on a map, even after the quake struck. I still find myself explaining “you know, where they had that really bad earthquake last year?” And in a subtle and slightly sickening way, it makes us feel a bit proud.

But after the Gorkha Earthquake hit, we couldn’t keep Nepal to ourselves anymore.  The Nepali people were counting on our kindness, our tourism, our awareness. So we educated our friends, took to social media to show the extent of the destruction, and begged for help for these devastated people.

Members of Project for a Village just returned from our annual trip to Nepal, exactly one year after the earthquake (and four years after my first visit). We found that although many of the temples and ancient buildings have crumbled, the water shortage is deadly, and petroleum is scarce, the people remain the same. They live in fear of more aftershocks and show the pain in their eyes as you walk past their fallen homes. But all of them are strong and stand tall, determined to recover their lives. People line up for hours or even days, for a few liters of petroleum, all while laughing and singing. They greet you with love, treat you with respect, and thank you for visiting.

During one achingly hot afternoon while walking through the narrow streets of Kathmandu Durbar Square, I looked up at the still-standing buildings just barely upright, and wondered if maybe these buildings survived the earthquake the same way their people did: by holding each other up.