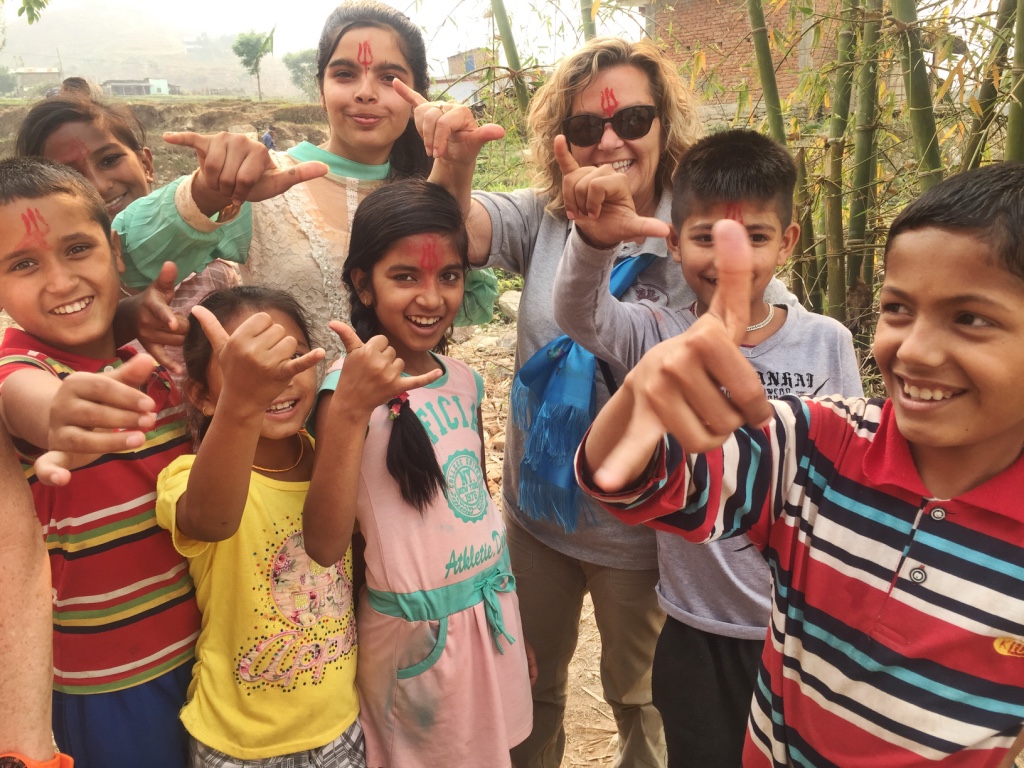 Skip, Prerana and a new computer

We have good news to report:

Thanks to the efforts of Fran Fagen Bennett and her good friend Skip Condé (aka Bulldog), Rupakot now has a computer lab!

This story is filled with twists and turns, natural and man-made disasters, and a few bumps in the road; but in the end, the children of Rupakot now have the ability to learn life changing skills.

But let’s start at the beginning. Several years ago, Project for a Village helped the villagers of Rupakot, Nepal build a learning center and through the generosity of a group of friends, we were able to donate computers to the center. However, a few years later, mother nature decided to let off some steam and everyone in Nepal suffered the consequences.

Many lives and livelihoods were destroyed in the earthquakes in April and May 2015, and much of the disaster relief was focused around aiding those areas. However, the areas that did not suffer as much damage were forgotten in the rubble.  Schools and health posts throughout the country were completely destroyed and the rebuilding was halted during both the monsoon season and fuel crisis in 2015.

Fran visited Rupakot with Project for a Village in April 2016, and while we were distributing reading glasses to the villagers, she spent the day with children, visiting their homes and getting a glimpse into their lives. One of these little girls, Prerana, was brave–she spoke up and asked Fran if she would please help them learn how to use the computers. The problem is that they needed working computers since the ones they had were destroyed in the earthquakes and unfortunately, Project for a Village did not have the funds to replace them. Upon hearing this, and following her conversation with Prerana, Fran made a promise to the children that she would find a way to replace the computers and hire a teacher.

Well, with a little luck–and the right timing–we were able to make that happen quicker than we imagined.

Fran’s friend Skip Condé, a human rights attorney from California who was planning a trip to Nepal for a conference, heard about Fran’s promise and wanted to help. Project for a Village arranged for Skip and Shree Poudel to meet in a coffee shop in Kathmandu, where they then proceeded to purchase computers before making a 7-hour trip to Rupakot.   Skip stayed with Prerana’s family and was welcomed by everyone. They had arranged to take a local bus back to Kathmandu, which is an experience in itself, however, a strike was called for their day of departure.  Strikes in Nepal are called when a group of people decide that they want to protest. Instead of violence, they simply won’t let any traffic move about the capital city and surrounding areas.

Ke Garnu? What to do? Take the ambulance!

Skip and Shree were fortunate that the ambulance was already in Rupakot and available to take them to Kathmandu. Skip described it as the “ the worst car ride of my life. Non stop major bumpage. 7 hours to get to KTM. But worth it for the kids. We left Rupakot at 11:00 pm and I was in back on the stretcher rocking and rolling.”

Skip took the long way home, but made a world of difference to the villagers in Rupakot.

Skip, Fran and Shree–thank you for your time, donations and passion. Without you, this couldn’t have happened.