In Their Own Words: The TEJ Initiative Skits 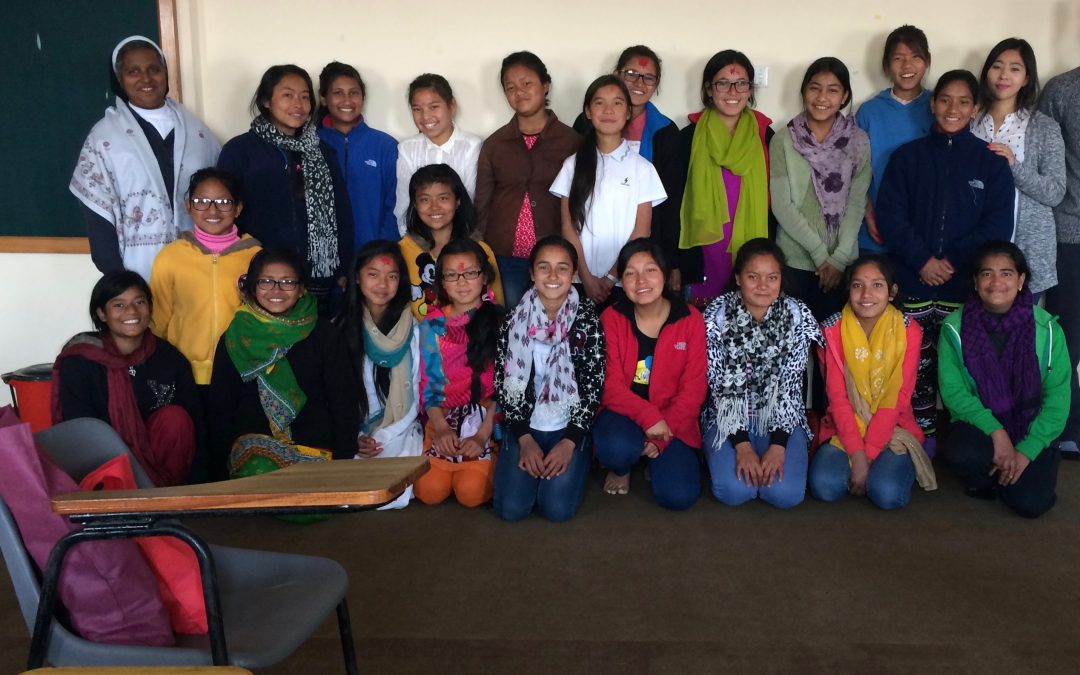 During PFAV’s latest trip to Nepal in March, Kathy Perez-Silva visited the girls at the TEJ Initiative, based on the outskirts of Kathmandu, in the community of Godavari. The girls were asked to put on skits that highlight social issues they feel are important. Rather than talk about things that are in the daily papers – like kids playing loud music in the park or mothers giving their children too much candy – they decided to showcase what they feel are the serious issues facing young girls in Nepal.

In the first skit, the girls explored the problems with the dowry system and the serious problem of suicide, which is the leading cause of death for Nepali women. It began with two sets of parents meeting to decide if their children should be married. The young man’s family demands that the girl’s family provide a dowry, which is an outlawed custom in Nepal. After her parents pay the dowry, a priest blesses the couple, the two are married, and the girl moves into her new husband’s home.

Some time later, the husband’s mother becomes very mean and demanding of the young girl, often beating her if she does not do what she is asked to do. The girl is responsible for most of the cooking and cleaning in the home and is not allowed to visit her family. Soon, the husband becomes abusive as well, as this is all he knows.

Eventually the young girl becomes pregnant, and her husband refuses to allow her to see a health care worker or midwife; instead, he calls a witch doctor to perform rituals over her. The baby is stillborn. Unable to bear her sorrow, the young mother tries to return home to her own family, but they make her go back to her husband. A few days later, when no one can find her, a neighbor says she has gone to another village. They all search until they find her, dead; the grieving young woman has committed suicide.

In the second skit, the girls highlighted the issues of child marriage and sex trafficking. Similar to the first skit, it began with two families meeting to arrange a marriage. The girl does not want to marry the man, as she is only sixteen and he is thirty. The girl’s parents want her to marry him because his family is not requiring a dowry, which they cannot afford. Therefore the marriage is arranged, and she moves into her husband’s parents’ home. Initially they are very nice to her, and she is happy. The man brags to his parents and friends about how beautiful and helpful his wife is.

As time passes, his behavior changes and becomes abusive. One night, he comes home drunk and beats his wife. She tries to get help, but the husband and his mother have already decided to take her to India and sell her to a brothel. He tells his wife that he is taking her on a trip and will buy her nice clothes and take her sightseeing. Once they arrive in India, he meets with the owner of the brothel. He begins to dance with his wife to show the owner how beautiful she is before he leaves her and returns home with the money he received.

Once the husband arrives home, his sister begins to question him about his wife’s whereabouts. He lies and says that she has left him and gone to another village. But his sister figures out what her brother and mother have arranged and goes to the police. They find the girl and bring her home, and the man is arrested for trafficking his wife.

These serious issues are the sad reality facing so many young girls and women in Nepal, and they are some of the reasons PFAV has been working to empower them through our health camps and the TEJ Initiative. We have worked with girls who were married young, to much older men, who might already have another wife. Once married they soon become pregnant – or, if that doesn’t happen, they are frustrated and try desperately to have a baby – even though they are still children themselves. The babies often have problems either related to the pregnancy or illnesses when they are infants. Many become disabled or die as a result of poor nutrition and hygiene. The problem becomes even worse when the young mother cannot care for her children due to poverty or poor health, and her choices are to abandon them or let a trafficker take them to the capital city for hard labor, or to work in a brothel. The parents are promised that their child will be given an education, but often they end up never attending school at all, living on the streets and sniffing glue while they steal what they can from tourists.

Nepali women and girls know these risks; they are a part of their daily lives, as these skits plainly and poignantly revealed. It was difficult to watch such young girls speaking so candidly about truly awful situations; however, within the TEJ Initiative, these girls are fighting to preserve their futures and their independence through education and mentorship. By working to end child marriage, equipping girls to avoid being trafficked, and fostering a love and appreciation for girls’ education, the TEJ Initiative hopes to promote female empowerment, health, and safety.

Please join us in our quest to help the Nepali girls reach their full potential through the TEJ Initiative. 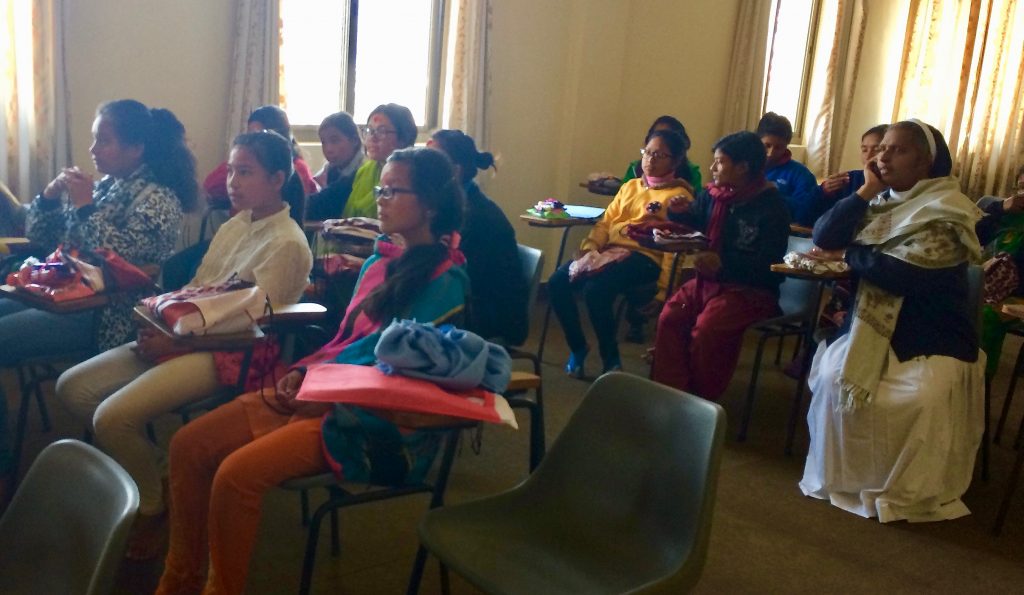 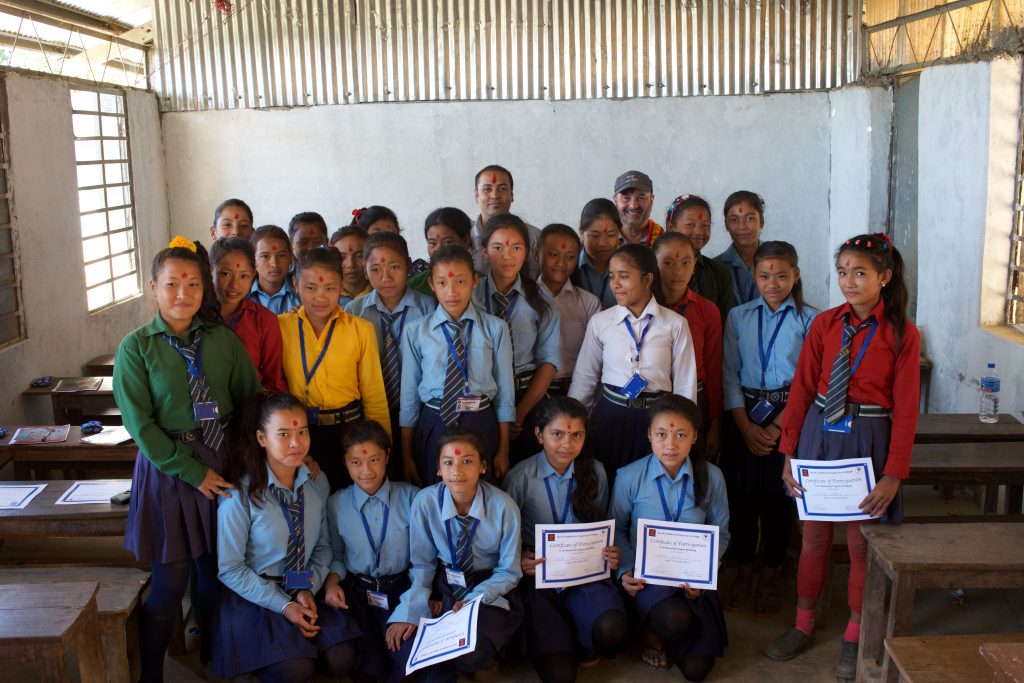